We’ve always thought – aren’t there more ways to produce large-scale, clean electricity? What kinds of alternative energy are there? Thorium reactors? Wind traps (kudos to Frank Herbert)? The future will show. What we know, though, is what the world’s largest solar plant looks like. And it started functioning yesterday! 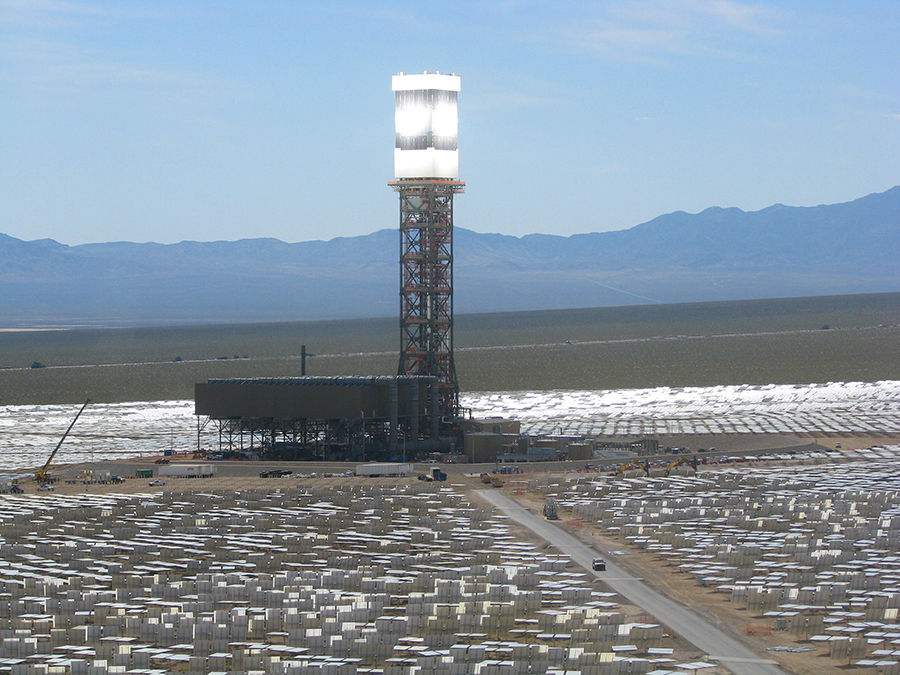 One of the steam towers.

So what exactly are we talking about today? It took a long time for the largest solar plant, situated in the Mojave Desert to become functional. Years of building, testing, tweaking and simply designing were invested in the project. The project is co-owned by Google, NRG Energy and BrightSource Energy. The statement that surprised us, was that the Ivanpah Solar Electric Generating System (that’s the name of the station) will produce 30 percent of ALL the solar energy in production on the United States territory. That’s a lot of energy.

A top-down view of the solar project.

With a size of 5.5 square miles, it is rumoured to be the largest solar project in the world. NRG also states that the plant will be able to produce the needed energy for a whopping 140 000 California homes in the vicinity. Seems like a great alternative to the energy sources which pollute our planet, yes? Yes and no. The Ivanpah System’s mirrors are killing a n unknown number of birds, which fly through their path. But hey, we can hope the corporations will think of a way to protect the wildlife!

After everything said above, the project is an excellent start to, hopefully, a tendency towards clean and renewable energy. And we say cheers to that! Let’s recycle and reduce the pollution together.

We can take notes from the perfect job done for the Largest Solar Plant project. Think more about environmentally green projects and recycle everything you can. One thing is clear, Rubbish Begone‘s top priority will always be to sort out and properly dispose of any kind of waste into a reliable and eco-friendly manner.